The Oak Valley Baptist church was organized under the leadership of Rev. Alonzo Sims on October 18, 1946. Rev. Sims, along with eleven other men proposed to organize a church. The first task was to locate an acceptable place for worship. The City of Oak Ridge offered the committee a building in East Village where they could hold worship services. However, the building was not used because of housing segregation and Blacks could not live in that area of the city.  Another place, known then as “The House by the Side of the Road,” was located and considered acceptable.

A meeting was then called for the formal organization of the church. Rev Jackson served as moderator and Sis. Baker served as secretary. The name “Oak Valley Baptist Church” was adopted and Rev. Alonzo Sims, the founder, was called as pastor.

The City of Oak Ridge condemned “The House on the Side of the Road” a few years later and the congregation moved its worship services to the Gamble Valley School Building. In October, 1951, an old church building on the Clinton Highway was purchased and Mr. Harry L. Logan, a contractor, moved the building to 194 Hampton Road. The congregation moved into the building after set-up and necessary repairs were made. The building became the permanent home of the Oak Valley congregation.

Upon recognizing the great need for a new building, the congregation established the Oak Valley Baptist Church Building Fund Committee on the second Sunday in June, 1960. Sister Gussie Williams served as chairperson, Bro. Johnnie Williams served as co-chairman, Sister Mary Threat served as treasurer, and Sister R. L. Ayers served as secretary. Sister Francis Sharper took the minutes during the initial organization of the committee. The committee decided to start a building fund drive that was to culminate on the 4th Sunday in November, 1960. The drive was considered a tremendous success on that day — $1,638.31 was reported to the church by the committee.

Rev. Sims died in March, 1964, after a prolonged illness. The congregation was deeply saddened. However, in spite of the loss, the congregation continued to be blessed. 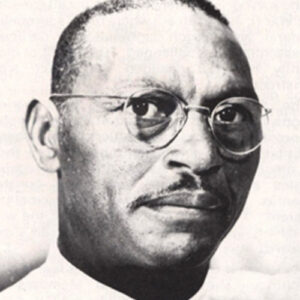 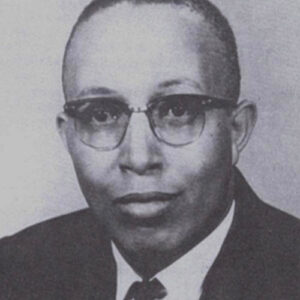 Rev. D. E. Mckinnon was called as pastor of the Oak Valley Baptist Church. The building fund drive continued under his leadership. After several years of raising funds, in July, 1971, enough money was on hand to commence making plans for constructing a new church building. A building committee was appointed with the following officers: Brother Willie Threat, chairman; Brother Isadore Sharper, co-chairman; and Brother Aldene Chambles, secretary. Brother Hal Williams knew of an engineer at the Y-12 Plant, Mr. R. P. Rose, who occasionally helped struggling churches to construct buildings at a very modest cost. Fortunately, Mr. Rose agreed to help with the construction of a new building on the Oak Valley Baptist Church site at 194 Hampton Road using church members for doing most of the labor.

Work began on the new structure after the congregation agreed on a building plan, procedures, and a rather difficult and demanding work schedule. Mr. Rose and the men of the church did most of the work on weekends and evenings. The women and children also helped with several tasks. The women also prepared what many considered a feast each Saturday for the workers, and the food and fellowship served as a great source of inspiration and encouragement. In addition, several friends of Oak Valley volunteered their services and donated money and other gifts.

The new facility, which seated approximately 250 people, was completed in April, 1972, and dedicated on April 23, 1972. During the 11:00 a.m. dedicatory service at the old building, Rev. Mckinnon, members of the congregation, friends, and visitors participated in a marching ceremony. After opening with a song and prayer, Rev. Mckinnon delivered a sermon entitled “I’ve Got My Marching Orders,” taken from Matthew 28. After another song, the pastor led the congregation from the old structure to the new one with great rejoicing.

At that time, the future of the Oak Valley Baptist Church appeared very bright. The congregation could rest form its intense building program and could focus its energy on spreading the Gospel and evangelizing the community. However, a dark period followed for the congregation. Rev. McKinnon’s pastorate ended in April, 1974 after twelve years of dedicated leadership. Sadly, the church had a major split with several members accompanying Rev. Mckinnon as they founded the True Light Baptist Church in the Solway Community.

Knoxville native, was elected in 1973 to fill the pastorate shortly after Rev. McKinnon’s departure. Oak Valley was his first pastoral assignment. Rev. McAdory called himself a “New Testament Minister” and preached every Sunday night from the Book of Revelations. he believed that all people should know the story as found in the New Testament; he emphasized that people should come together during the short time that is left to us and that they should love each other the way Jesus loved us and died for us. Unfortunately, situations aroused during his brief tenure that obliged Oak Valley to server ties with him in April, 1974. 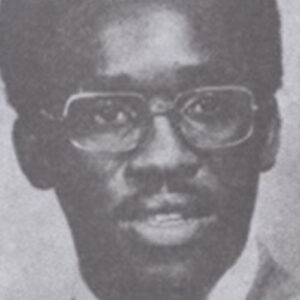 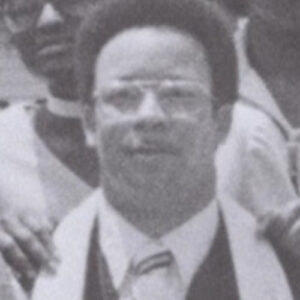 Rev. Donald A. Willis, from Clinton, Tennessee, resigned his pastorate at the St. Mary Baptist Church in Harriman, Tennessee, and accepted the call to the pastorate of the Oak Valley Baptist Church. Under his leadership the church experienced a season of spiritual growth. Brother Robert Sloan, Brother Forrest E. Harris, and Brother Fred Gibson were ordained as deacons. Missionaries were licensed, children’s church was organized, a children’s hour was established during morning worship, and church mothers were selected. Brothers Sam Kirkpatrick, Ronald Arnold and Donald Arnold, and Deacons Forrest E. Harris and Johnnie Williams accepted the call into the ministry. The membership and the church organizations grew both spiritually and numerically as Rev. Willis encouraged members to discover and to exercise their gifts. Rev. Willis resigned the pastorate at Oak Valley after faithfully serving her for four years.

Church leaders including associate ministers, deacons, and the congregation were blessed to work together harmoniously and engage in earnest prayer while seeking the next pastor of the Oak Valley Baptist Church. The congregation also sought council from ministers who had experience in selecting pastors. Accordingly, the church, with the assistance of Rev. Forrest E. Harris, selected a pulpit committee.

Under the leadership of Pastor Harris, Oak Valley was blessed to “move ahead in faith with vision and dreams.” During the nine years of Pastor Harris’ leadership, several successful initiatives were planned and instituted. New members were helped to discover and exercise their gifts; emphasis on evangelism, worship; mission and

Christian education were instrumental in fostering a sustained period of spiritual and numerical growth of the church. Most felt that the pastor was particularly gifted in encouraging relevant ministries that touched and embraced the broader community for which the church served – fostering fellowship with white churches, local colleges and universities, and local governmental leaders; participating in community leadership including the NAACP and other organization and initiatives designed to uplift humanity.He founded the Oak Valley Development Council which involved developing the land below the church with the Oak Ridge Lodge, the Montessori School, and the Oak Ridge Gymnastic Club. His visions of an Oak Valley Complex led to the appointment of a new building committee in 1985. The committee chaired by Sister Lila Smith was charged with the task of studying and preparing short- and long-range plans for developing these new facilities and managing building funds.

Sisters Hattie Washington and Margarete Yette accepted their calls into the ministry during Rev. Harris’ leadership.

In 1988, Pastor Harris resigned the pastorate of the Oak Valley Baptist Church to pursue his Doctorate of Theology at Vanderbilt Divinity School and to enter academia. Later, Rev Dr. Harris became the pastor of the Pleasant Green Baptist Church, Director of the Kelly Miller Smith Institute on the Black Church at the Vanderbilt University Divinity School, and President of American Baptist College, Nashville, Tennessee. 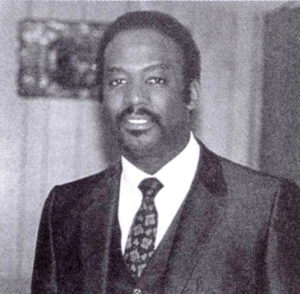 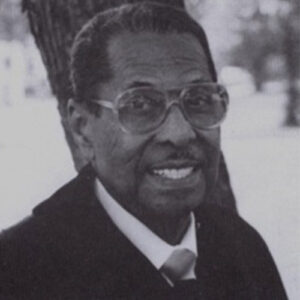 Rev. Robert E. James served as interim pastor from October 1988 until May 1989. Rev. James had retired from two churches in Knoxville, Tennessee and brought the wise and seasoned leadership needed by the church at that time. He and his wife of many years brought with them a spirit of love, reconciliation, and wisdom that was profoundly felt throughout the congregation. During his pastorate, the membership continued to grow with high attendance at Wednesday night prayer and Bible study and Sunday morning worship services. Also, in spite of his relatively short ministry at the church, his leadership helped to keep alive the vision of expanding facilities at Oak Valley

The church called Rev. Hardil Thomas as pastor in May, 1989. Known as a passionate Biblical teacher and prolific Christian educator, Pastor Thomas earned a Doctorate of Theology Degree a few years after being called to the pastorate of Oak Valley. In 1989, Pastor Thomas pledged:

Under the Rev. Dr. Thomas’ leadership, the church continued to grow spiritually and numerically. The building committee, with Sister Lila Smith as chairperson, continued to work on expanding the church facilities. On May 17, 1992, the congregation accepted the recommendation of the Oak Valley Baptist Church Building Committee to proceed with the construction of a new sanctuary and the conversion of the old sanctuary into an Education/Fellowship Complex. Ground Breaking ceremonies for the facility were held on June 12, 1994. And, on December 18, 1994, the congregation joyfully held its first service in the new sanctuary.

Oak Valley was blessed to celebrate its Fiftieth Anniversary. Several former members attended the celebration including special quests for the event — Brother James Sims, the brother of the founder of Oak Valley, and the Rev. Dr. Forrest E. Harris, former pastor of Oak Valley, along with members of the Pleasant Green Baptist Church – Nashville Tennessee. 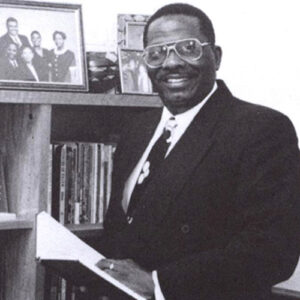 The physical structure continued to grow: 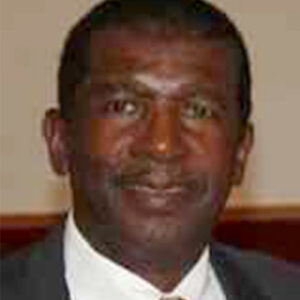 Rev. Walter Lee Ghosten agreed to serve as interim pastor in 2013 after Pastor Hardil Thomas retired. The congregation, and Pastor Ghosten and his wife, Brenda, formed an enduring relationship as the church continued to grow under his leadership, prayers, teaching, preaching, and involvement in the local community. The Oak Valley Baptist Church was tremendously blessed during his short interim pastorate.

Rev. Derrick M. Hammond was called to the pastorate of the Oak Valley Baptist Church on July 28, 2014 and installed during an installation service at the Oak Ridge High School Auditorium, Oak Ridge, TN, on September 21, 2014. Since becoming pastor, he has spent several months in focused prayer, learning about members and the Oak Ridge area, assessing ministries; and he has focused on forming relationships with the congregation, community members, ministers and pastors, sister churches, and local and regional leaders and officials. He has set in motion several ministries and programs that he and the congregation and the broader Oak Ridge community are looking forward to participating in and of seeing the fruits thereof. 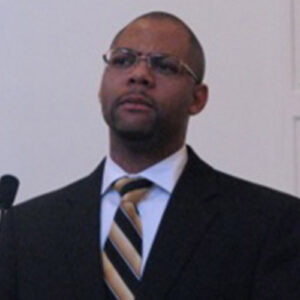